They're sure to inspire you! 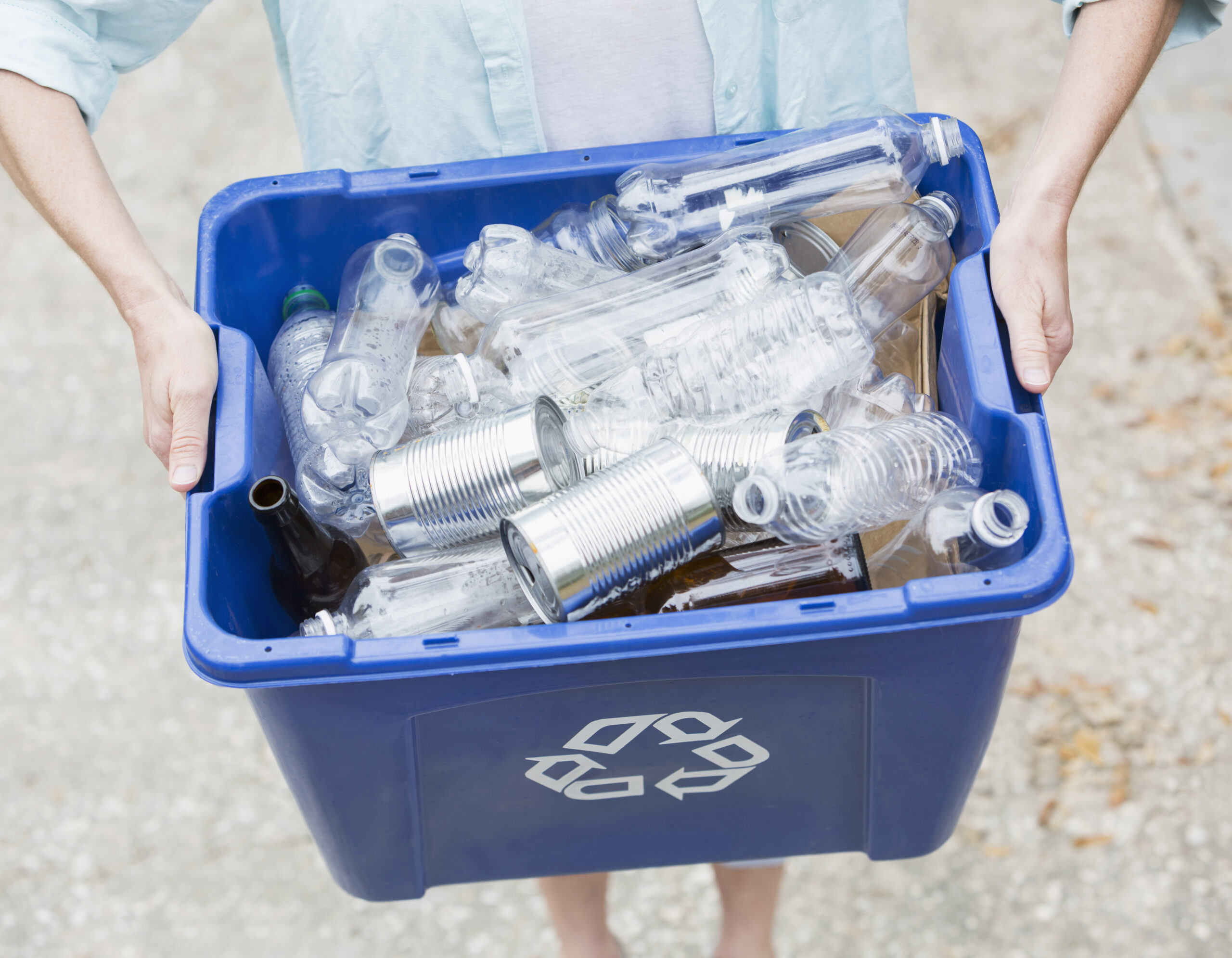 Recycling might seem like a modern invention, but the practice itself dates far back in time. For much of our history, humans reused and recycled because new materials weren’t always available. Today, we all recognize that recycling is vital to preserving a healthy planet for the future. As you teach students the importance of recycling, take time to learn from these recycling innovators.

Paper recycling has been around almost as long as paper itself. Early paper-making was invented nearly two thousand years ago by the Chinese, who mixed water with rag fibers and bark, then pressed it thin and laid it in the sun to dry. By 1031, the Japanese were recycling waste paper into new sheets.

So when William Rittenhouse opened the first paper mill in the American colonies in 1690, he was joining a long history of recycling innovators. His mill made paper in the original Chinese fashion, using rag fibers from old cloth. Rittenhouse employed people to gather rags that could be recycled into the paper American colonists so desperately needed. He had unwittingly started the first recycling program in America.

When we hear the word “shoddy” today, we think of cheap goods with low-quality workmanship. But while recycled shoddy wool was indeed of lower quality than original wool, according to historical documentation, it revolutionized the wool industry. In the early 19th century, wool cloth was in great demand. Spinning mills couldn’t provide nearly enough new wool yarn to meet it. Benjamin Law developed a process that combined finely shredded woolen rags with new wool to create a textile known as shoddy. This rougher wool fabric was ideal for blankets and durable clothing, and shoddy became very popular.

In the American Civil War, profiteers glued together wool scraps and sold them to the government as military uniforms made of so-called shoddy. This poorly-made clothing fell apart in weeks, leading to a new (and unfortunate) definition for the word “shoddy.”

By the late 1900s, New York City was the garbage capital of the world. Refuse, food scraps, and much worse littered the streets. Poor sanitation was causing illness and disease at alarming rates. Enter George Waring, Jr., a Civil War colonel who had already made a name for himself by implementing a ground-breaking sewage system in Memphis, Tennessee.

Waring set out to clean up the streets, literally. He arranged for regular street sweeping and garbage collection. He required all households to separate their trash into food waste, ash, and rubbish (everything else.) The rubbish was hauled to “picking yards,” where workers separated out materials like rags, bone, or metal that could be reused in new ways. Oil and grease were sold to soap manufacturers, and other trash was turned into fertilizer. New York City’s first recycling program was born, and Waring became one of history’s recycling innovators.

Around the same time, William Booth, the founder of the Salvation Army, was looking for a way to help rag dealers improve their reputation. These entrepreneurs had always been an important part of a society that tried to reuse every item possible. Over time, though, people started to associate the job itself with a filthy, predatory lifestyle.

Determined to change that, Booth began hiring people to work in the “Salvation Brigade.” He offered poor men the chance to receive food and housing in exchange for gathering rags, scrap paper, and other items people no longer wanted. Eventually, this system gave us modern thrift stores, where charities sell used items to raise funds. Today, there are more than 25,000 thrift stores and resale shops in the United States alone, finding new owners for items that might otherwise wind up in landfills. 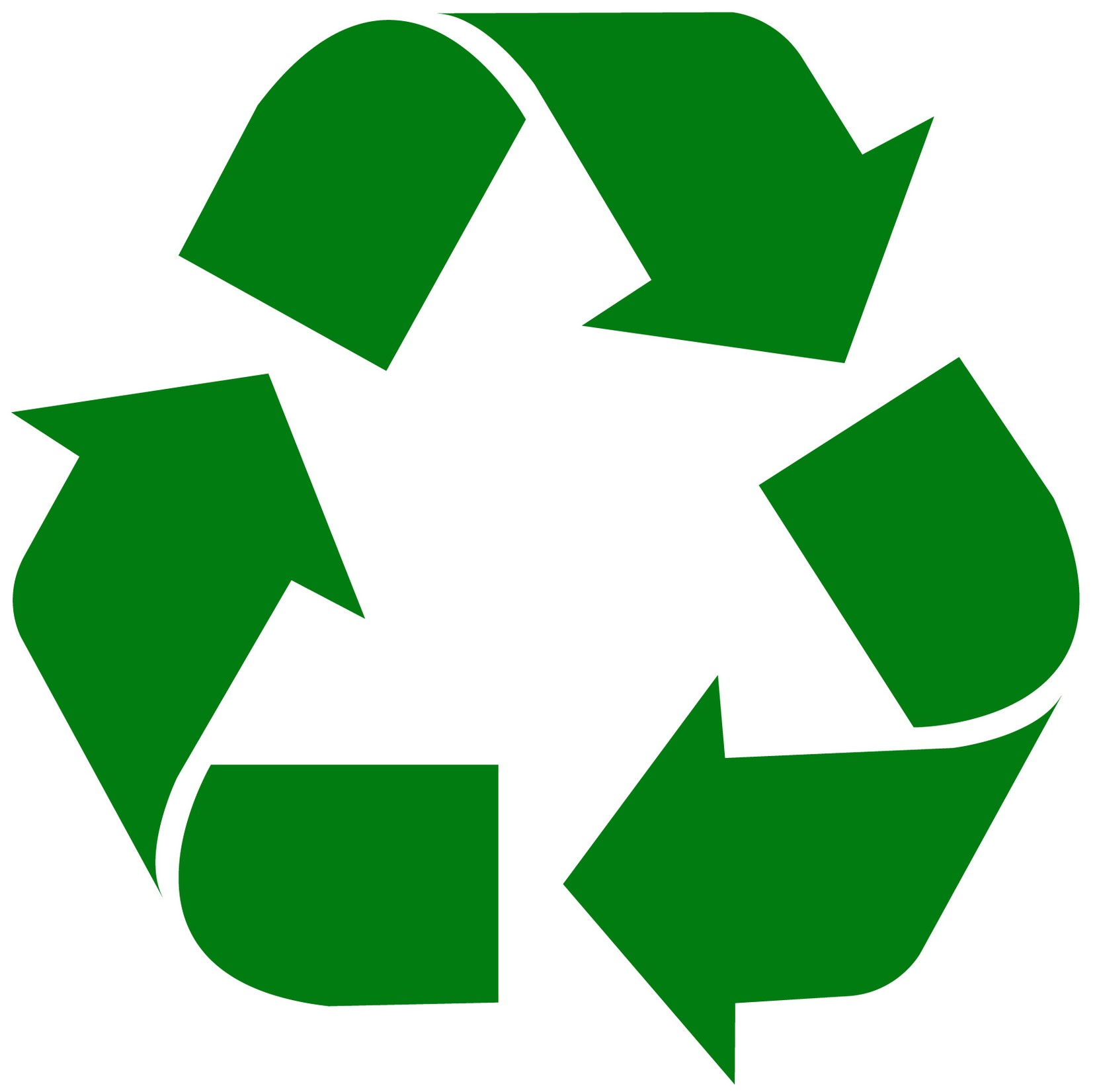 Up through World War II, people generally did their best to reuse and recycle items on their own. But after WWII, the world saw a boom in “single-use” items, creating a throwaway culture. By the 1960s, this practice was catching up to us. Rachel Carson launched the environmental movement with the publication of Silent Spring in 1962, and in 1970, we celebrated the first Earth Day. As part of this celebration, the Container Corporation of American held a competition to find a recycling symbol that manufacturers could place on their products.

Gary Anderson, a 23-year-old student, submitted the now-famous “Mobius Loop,” a loop of three arrows forever circling around back to themselves. Anderson later shared that it took him only a few days to come up with the design, explaining that the three arrows were meant to resemble pieces of folded paper. He received $2,500 in prize money, which he used to fund his studies in social science. The recycling symbol itself went on to become one of the most recognized logos in the world.

By the late 1960s, single-use items had created a massive litter problem. Oregon hiking enthusiast Richard Chambers used to carry bags on his trips, bringing back the trash that others thoughtlessly threw on the sides of roads and trails. In 1969, he’d had enough. He called his State Representative, Paul Hanneman, and asked him to sponsor a bill banning non-returnable bottles. Chambers launched a massive letter-writing campaign to support the bill, but Governor Tom MacCall surprisingly declined to help it pass.

A few years later, though, MacCall revived the bill, this time with the full power of the governor behind it. Targeting carbonated beverage containers, the 1971 bill required a container deposit be included in the purchase price. People could receive a refund of that deposit by returning the containers to stores and redemption centers. Over time, ten more states passed similar bills, encouraging people to recycle their used glass and plastic bottles.

Stanley Race and Ron England, Inventors of the Bottle Bank (1977)

Other countries quickly followed suit when it came to recycling bottles and containers. In the United Kingdom, recycling innovators Stanley Race and Ron England teamed up to develop “bottle banks.” These community recycling centers provide a place for citizens to drop off their recyclable materials. The very first was at a parking lot in Barnsley, England. In 1977, Race dropped a jar into the bottle bank there, and billions of others joined it in the years to come. Over time, the UK installed more than 50,000 bottle banks. This gave British citizens an easier way to make recycling a way of life.

Environmental advocates knew the best way to make recycling a priority was to make it as easy as possible. In 1980, Woodside, New Jersey, implemented the first curbside recycling program in the US. But Canada was already one step ahead, with recycling innovators starting programs like Project One Recycling. In 1974, founder Jack McGinnis was picking up recyclable materials from more than 80,000 households each week in Toronto.

In 1977, Kitchener, Ontario, held Garbage Fest 77 and caught the eye of Nyle Ludolph of Laidlaw Waste Systems. Ludolph challenged himself to change his own habits, and in the course of one year, produced only six bags of landfill garbage. But he knew he’d need to make the process extremely simple if he was going to inspire others to do the same. In 1981, Laidlaw Waste Systems first introduced the now-ubiquitous blue plastic recycling bin in Kitchener. Customers simply placed their recyclables in the box and put it on the curb. Laidlaw did the rest. These familiar “Blue Boxes” and their later variants are now found in millions of households in North America, where they help us recycle hundreds of millions of tons of trash each year. 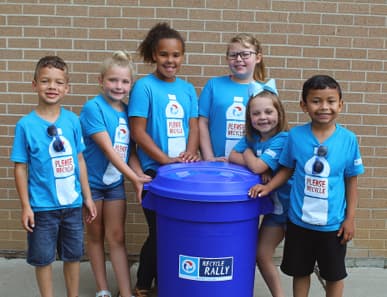 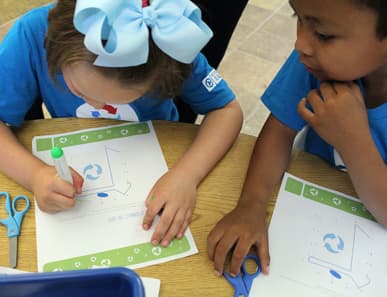